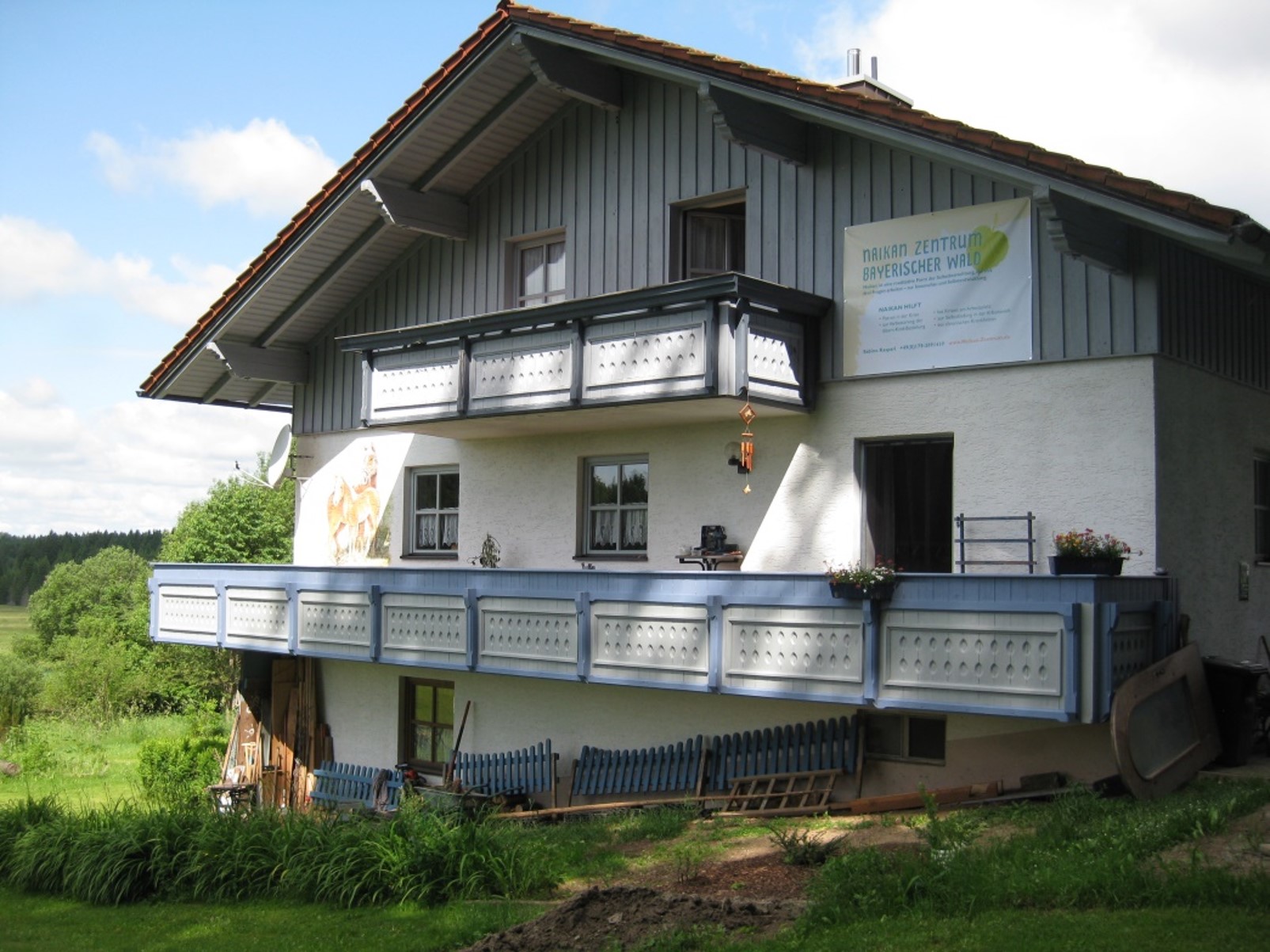 ...is located between the nature reserve "Klosterfilz", a low-level moor that borders directly on our garden and the Bavarian Forest National Park, just outside the climatic spa St. Oswald.

Sabine
guides participants and is responsible for the Naikan Center.

Born in Munich, she is the mother of three adult sons and has been self-employed since 1988. Originally active in event management, she later changed to adult education and worked for companies such as Munich Airport. In 2005 she founded her first Naikan center, the Lindenhof Holledau, and moved to the edge of the Bavarian Forest National Park with her husband Peter in 2012. For her it feels like she has finally come home after a long, diversified and exciting journey.

As a person, wife, mother and self-employed entrepreneur, she gained a wide variety of experiences that hundreds of participants have come to appreciate. She regularly takes part in Naikan weeks, practices mindfulness exercises and meditation and attends various training events. She meanwhile is certified in Japanese Psychology and as a Forest Bathing Guide (Shinrin-Yoku).

Topics such as education, health and the environment are important to her, her hobbies are hiking, reading, learning, herbs, cooking, board games and her job.

Peter
picks up participants from the train station, maintains the house and yard and helps with cooking. 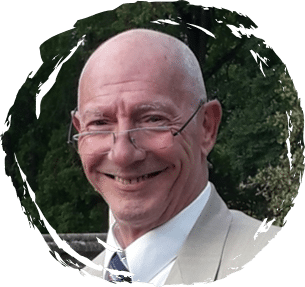 worked for many years as an on-board mechanic master in the emergency service of the Federal Armed Forces' helicopters division and was stationed in Sardinia, among others. There he then studied tourism and lived on the island for around 20 years, which means that he speaks fluent Italian as well as English.

Since retiring, he has devoted himself extensively to his diverse interests. He is always happy and balanced to keep the house and the vehicle fleet in shape. As a passionate cook, he often takes over the kitchen - his potato pancakes are very popular everywhere.

Prof. em Akira Ishii
carried Naikan from Japan to the world and conducts classic Naikan weeks in Europe every year.

Until 2015, Akira Ishii has been professor of criminology at Aoyama Gakuin University in Tokyo. In his retirement he is still tirelessly active worldwide as "Ambassador for Naikan".

Already during his studies he got to know Naikan in Japanese prisons and developed a great interest in the method himself. He practiced at the Founders Center with Ishiin Yoshimoto and his wife Kinuko. Since he had studied at the Göthe Institute in Germany and thus speaks the language, he regularly made himself available to the Yoshimotos as a translator for German and English-speaking Naikan participants.

In April 1976, he accompanied Lothar Finkbeiner, a German evangelical prison pastor, during his first Naikan retreat in Freiburg, bringing Naikan to Germany.

In Scheibbs, Austria, in the summer of 1980, he led the first public Naikan retreat outside of Japan at the invitation of Franz Ritter. Since then, Naikan has spread enormously not only in Europe. Akira Ishii comes back every year, leads Naikan retreats and gives lectures in Germany and Austria.

Sarah Kempff
took part in the first seminar in Japanese Psychology in Europe and assists at the "Bavarian Pendentes" if possible. 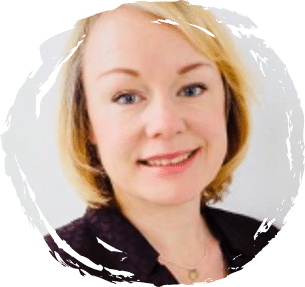 Sarah Kempff lived in London for many years and has been interested in personal development since her 20s, especially in topics that deal with the emotional and its interactions, such as Anatomy and mental health. Through Buddhism she came to Naikan and thus to the Naikan Center in the Bavarian Forest. She currently wants to complete her certification in Japanese Psychology from the ToDo Institute, Vermont, USA.

She works in a book design studio in Freiburg, enjoys hiking with her dog, dancing and cooking. She has been traveling with her partner on a creative work sabattical since early 2019. 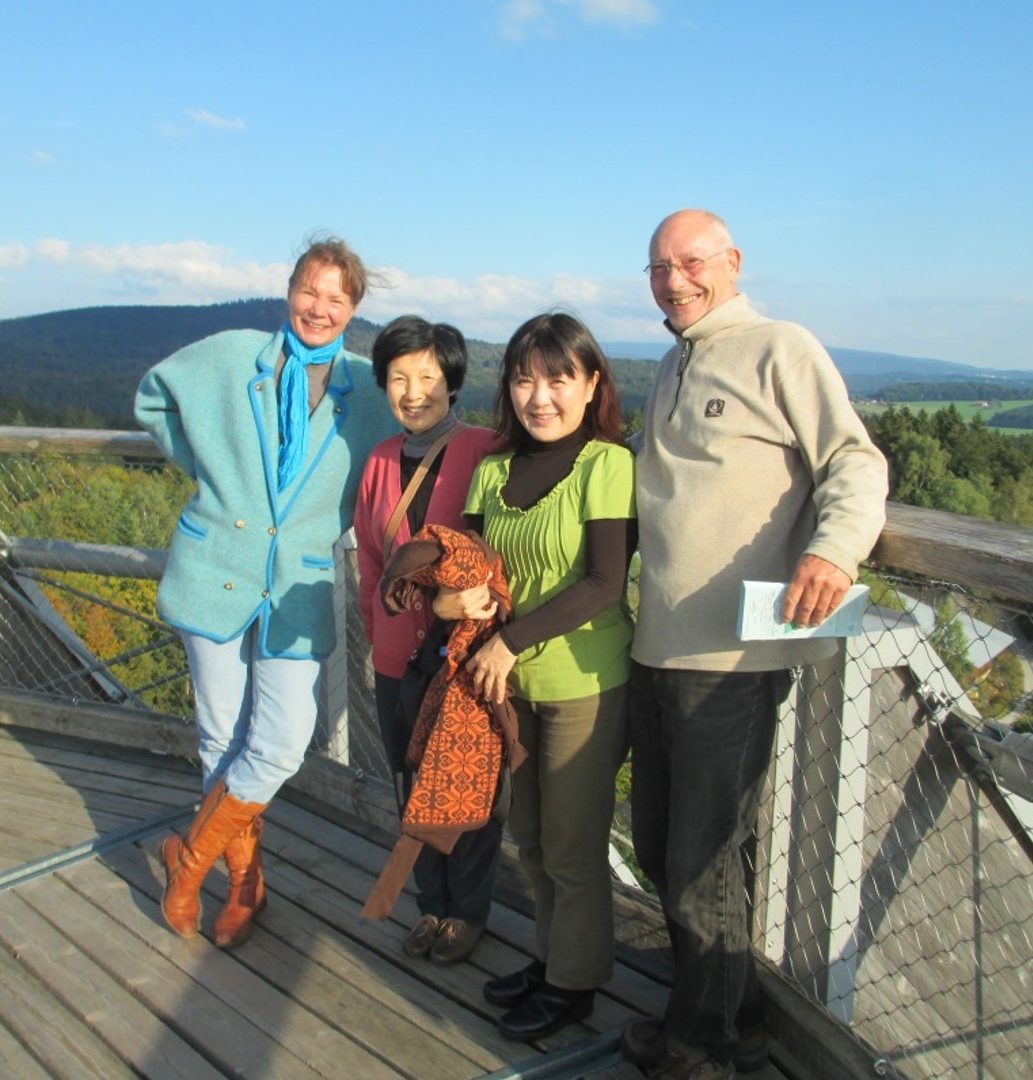 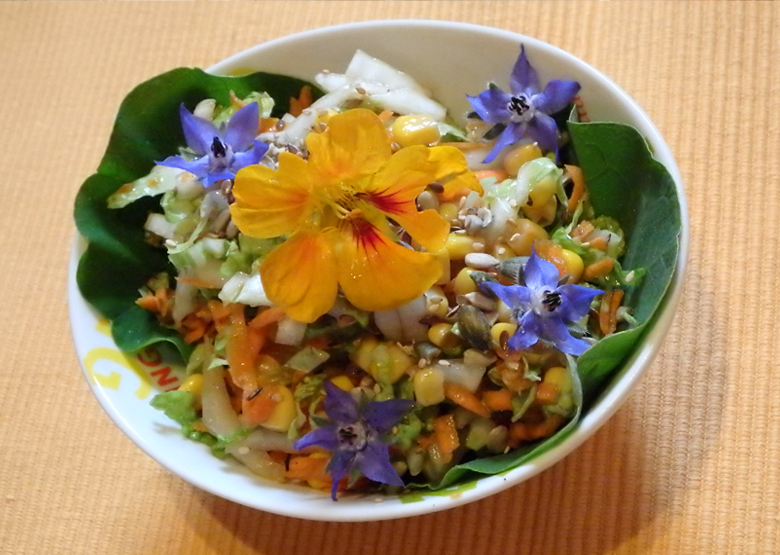 is one of the most important elementary things in the seminars. We mainly cook vegetarian, organic and full-fledged. The untouched nature around us provides delicious ingredients and often the right decoration… . 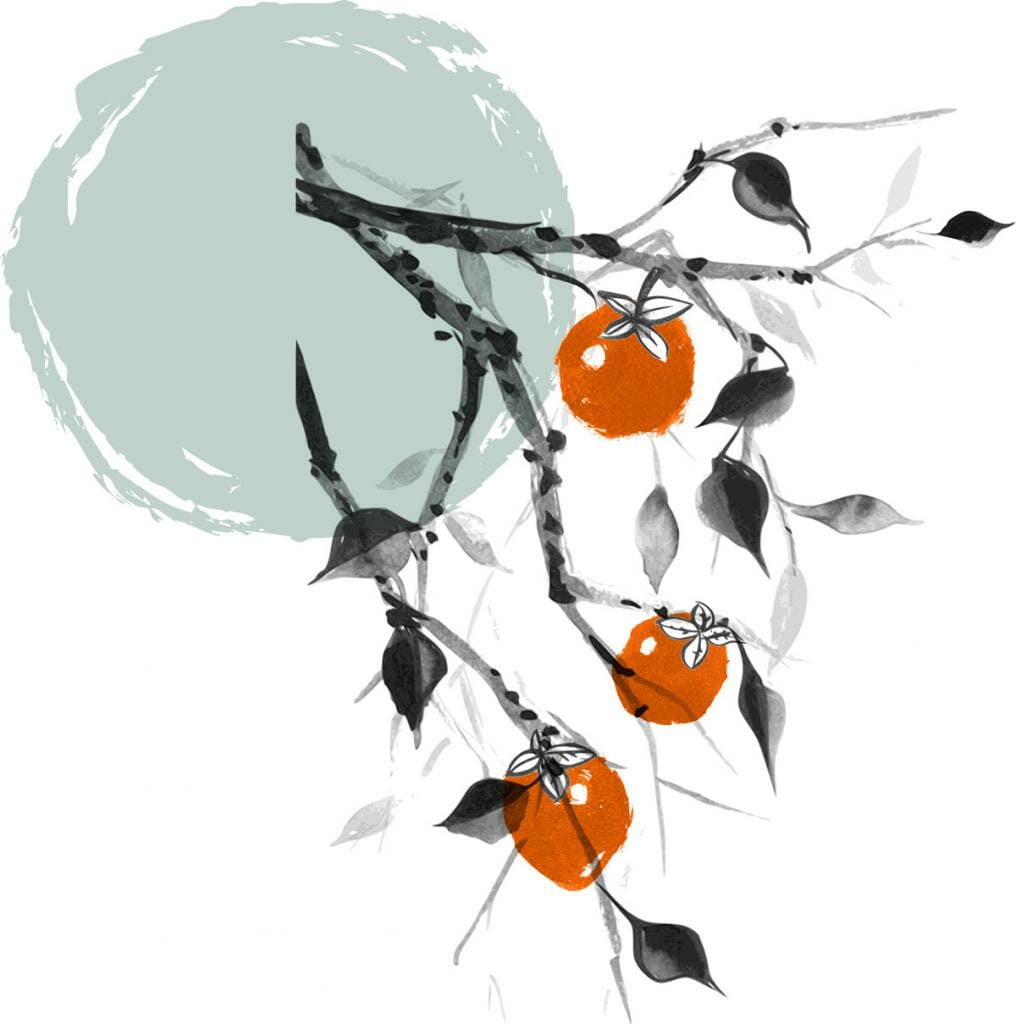 "You are the connection - East and West come together with you."
A Japanese colleague said this beautiful sentence on the occasion of the International Naikan Congress 2016 in St. Oswald.
And yes, this is quite true: Japanese, American and German forms of self-awareness and psychology come together in the Naikan Center, paired with a good dash of Bavarian worldview. 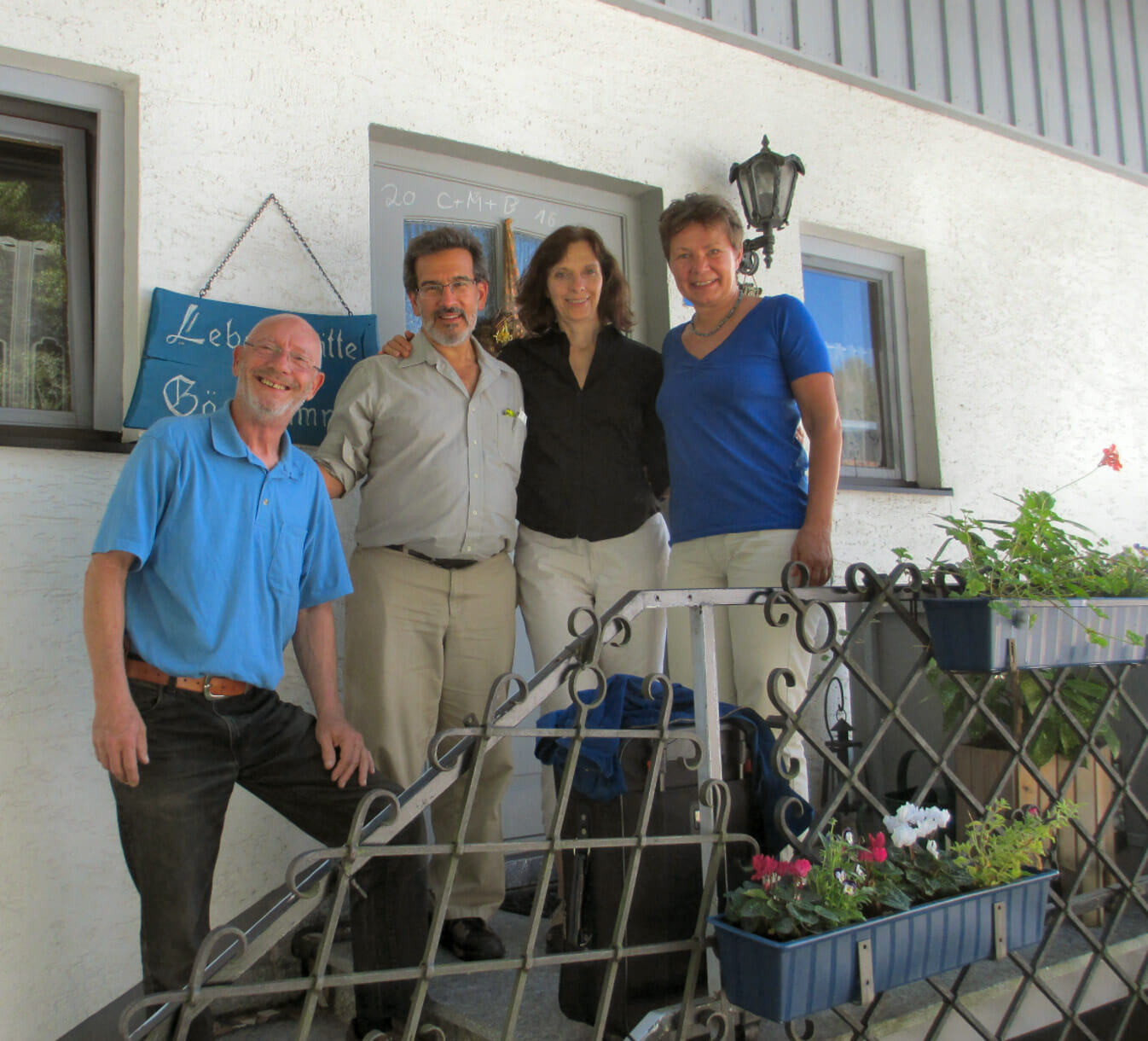 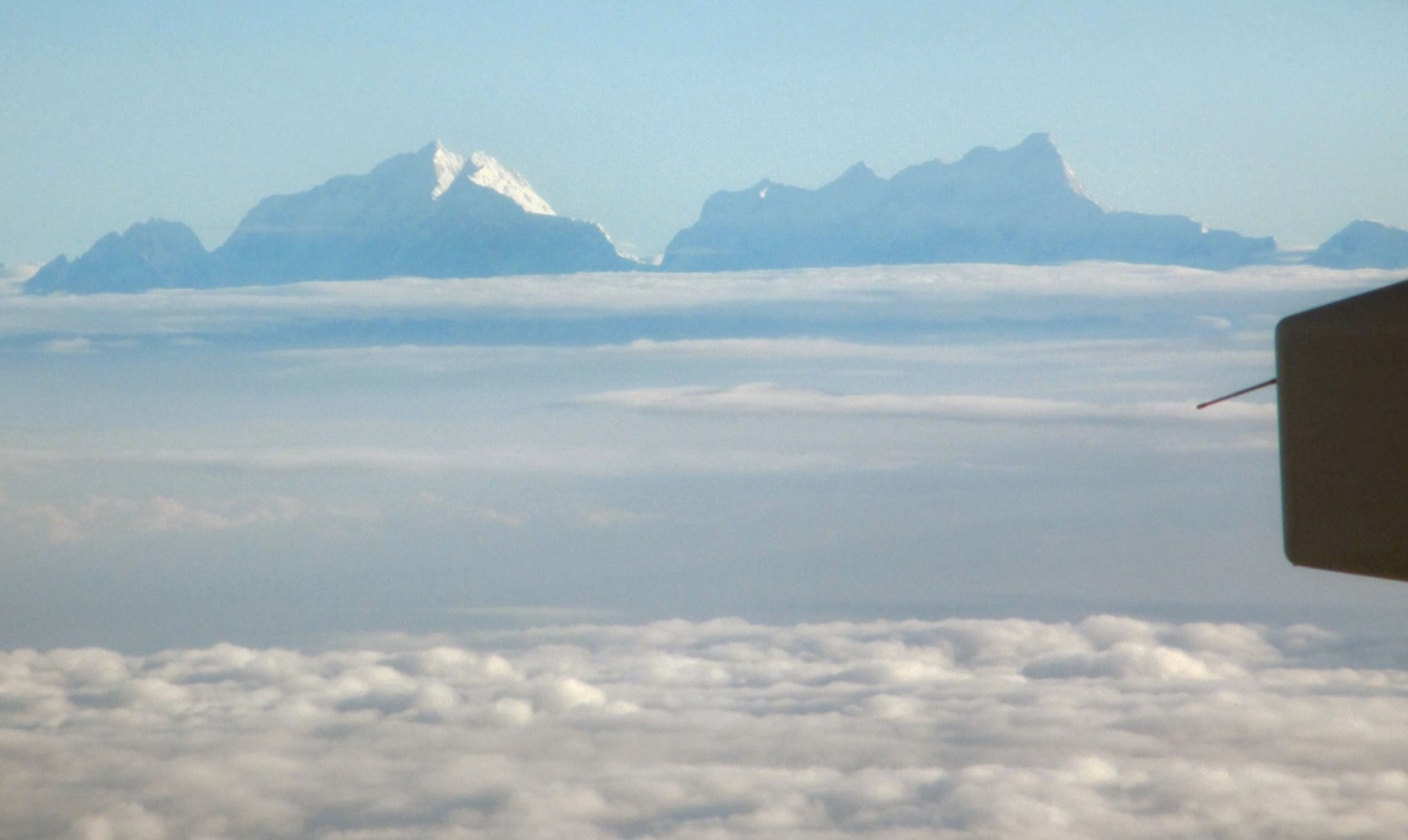 Not only when Naikan was introduced to Nepal and Holland, we learned that the method is effective, regardless of social, cultural or personal background. This is in line with the experience of colleagues who have launched Naikan in different countries.

When they first conducted their "Domestic Certification Program" with Japanese psychology outside the US, with us in May 2018, the directors of the ToDo Institute Vermont (USA) were pleased to see, that it is as successful in Europe. 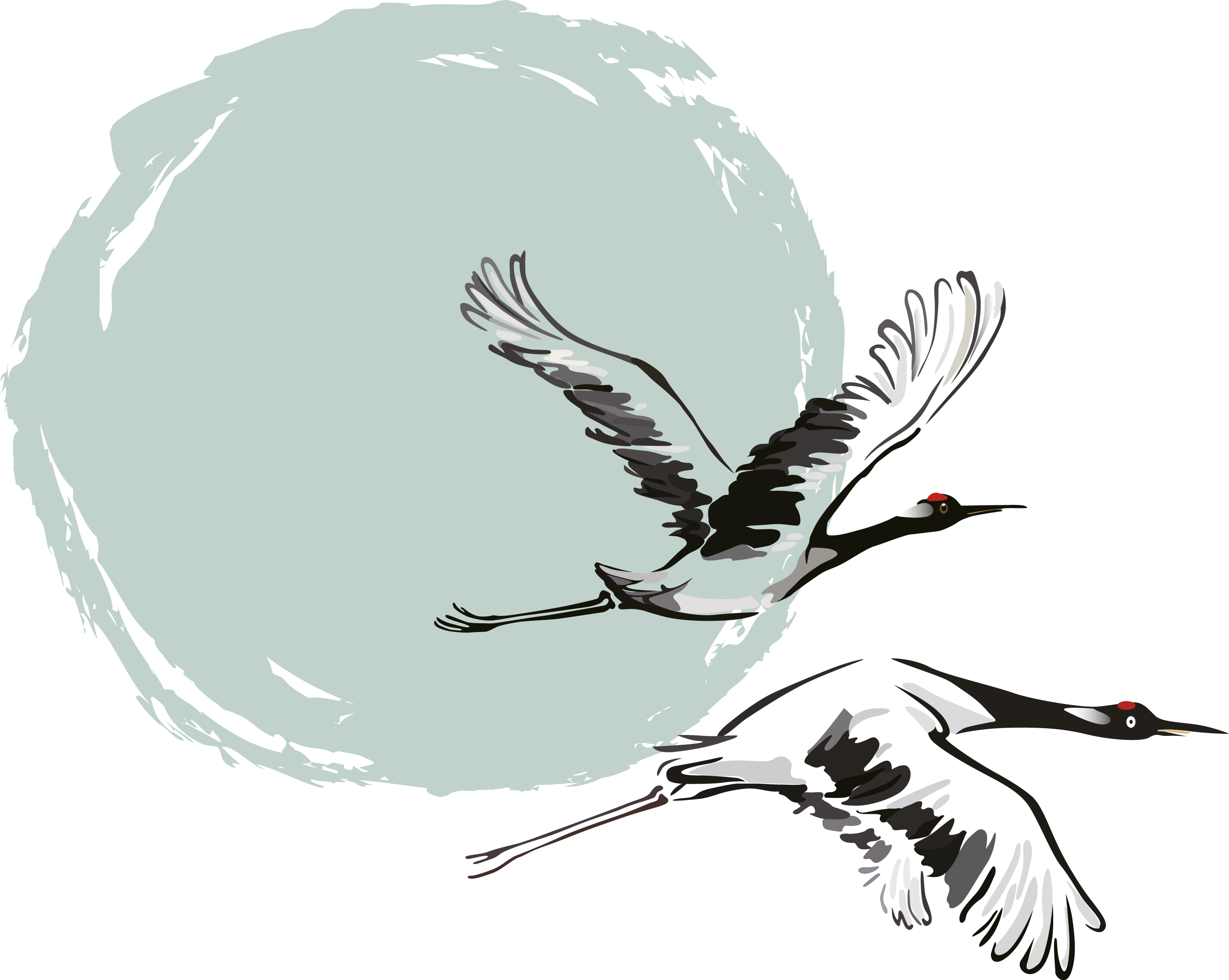